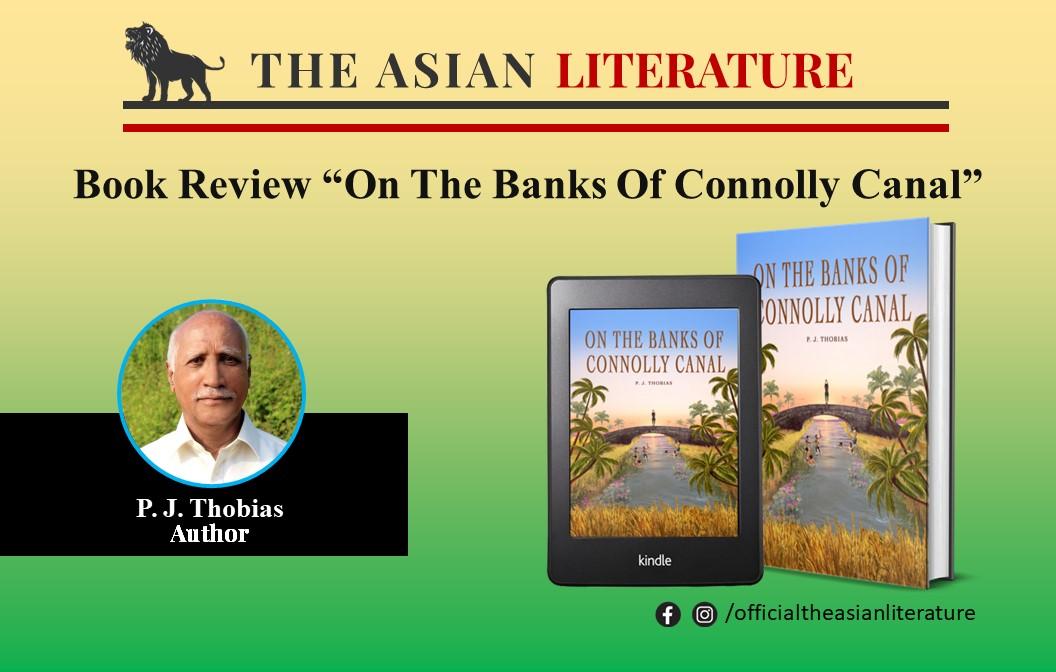 On The Banks of Connolly Canal

Life can be too mysterious sometimes and one cannot even imagine what results would occur when those mysteries would be unveiled. One can only hope that the mysteries would result for something sweet and pleasant. Well, this remarkable title, “On The Banks Of Connolly Canal” by Author P. J. Thobias has presented the readers with a brilliantly written tragic story filled with suspense & thriller. The book covers a great story revolving around some of the main characters and the incidents of their lives. The manner in which the events will occur in the lives of the prime characters is certainly going to bind the readers and feel the thrill while going through this amazing novel. The book is an interesting read and the author has narrated the events in a real clever manner that will make the readers go deep in the storyline!

Author P. J. Thobias started out as an engineer & gradually he turned into a writer only by the appreciation and encouragement that he received for his first book ‘Corporate Comedy’ from readers. His first book is a satire drawing upon his experiences in the corporate world both real and imagined. Well, this book attempts to lay down the comic roles people often play in their job environment, little realising the impact it has on other people. Interestingly, Author Thobias had felt writing to be a very satisfying engagement especially as it unfolds memories and experiences of the past; experiences nurture imagination and imagination encourages creativity. It is like the windows of the mind opening into vast hitherto unseen vistas. His retirement years are lit up with the pursuit of reading and writing, keeping my mind healthy and agile. While this particular title, ‘On The Banks Of Connolly Canal’is his second book.

This amazing title, “On The Banks Of Connolly Canal Impossible Tales” by Author P. J. Thobias attempts to tell the story of some simple souls who lived on the banks of Connolly Canal in the past. Some of it is true while some tales are imagined too. It is not a record of historical events but merely a sketch drawn for the reading pleasure of ordinary folks. Well, the story in this book has been set in the backdrop of the Connolly Canal and some real tragic events occurs in the lives of the prime characters introduced by the author. Connolly Canal meandered along the edge of the paddy fields of Korattur!

The plot begins by taking the readers to the scene of a stormy night, where Lona a fugitive, wandered into Ouseppetian’s house. On that fateful night, Ouseppettan suffered a stroke and became paralysed. David, his son found himself very much ill equipped to take the reins of the household and Lona walked into that void. In course of time, true colours of Lona were revealed. Lona’s greed for wealth prevented him from handing over the parcel of land bequeathed to the church by his father in an attempt. In get even with the church, he forced his son Cherian, to desert his co-actors from the stage play on the sodality day in the church.

Cherian became a pariah among his friends. The once iconic youth in the village became a total recluse. He took to drugs and gambling, which ended up in a prolonged incarceration. Attempts were made by his brother in law to rehabilitate hub, all of which ended up in a much worse fiasco. Cherry took into his heart to wreck vengeance on his brother in law for not continuing to help him. The brother in law had a renal failure and underwent a kidney transplantation. Donors were hard to come by, but out of the blue arrived an unsolicited donor asking for no money nor reward. Who was the donor? Would friendship, good will and love endure the rest of time? Well, the readers would find the answers to these prime questions through the “32 Reading Worthy Chapters” presented by the author in this title!

Coming to the choice of the book title, we find that the title “On The Banks Of Connolly Canal Impossible Tales” for this book, which is a suspenseful tragedy is certainly an appropriate one. Moreover, with reference to the collection of chapters added to this book by the author the book title makes complete sense. In addition, it is a very ‘Catchy Title’ and this is something, which makes the book even more interesting, as the title itself compels you to pick up this book for a read. In this case, the title is giving a very interesting & thrilling vibe so you would feel the urge to go inside the book.

In addition, I must mention that the title of this book is much “Justified” with regards to the sequence of the chapters in this book. Undoubtedly, it is a very apt title for this title and the author had been extremely wise to go for a book title like this one!

Well, if we go over the readers’ connect part for this book then interestingly we can note that this title, ‘On The Banks Of Connolly Canal Impossible Tales’ is written in a real appealing manner. In addition, the various chapters in this title are indeed engrossing & fascinating and the narration carried out by the author is so amazingly lucid, that it would totally hook the readers until the very last page of this incredibly written title. Moreover, it should be noted that this is one such title, which will make the readers think about the stories inside this book for several times, even after completing the book.

Now, coming to the final part, i.e. the book’s verdict where I must mention that a title like, “On The Banks Of Connolly Canal Impossible Tales” is for sure a MUST READ one& deserves a chance by the readers. The book is most certainly a collection of reading worthy stories for the people of all ages and is written in a very clever manner. We do not get to see much amazing titles very often in the market so it will be a great deal for the book lovers to give this title a chance. In addition, author P. J. Thobias deserves all the appreciation for his honest & hard work in this title!

Book: On The Banks Of Connolly Canal 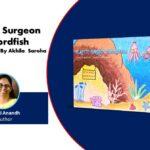 February 2, 2023
Concept To Commissioning: With A Special Focus On Steel Plant Project Management” certainly deserves a chance by all the readers who are looking to gain some deep insights about the ‘Commissioning Process’ 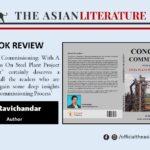 Concept To Commissioning: With A Special Focus On Steel Plant Project Management” certainly deserves a chance by all the readers who are looking to gain some deep insights about the ‘Commissioning Process’